Spring is here, and band directors every where are busy recruiting new students for their program. It is the time of year for 5th grade assemblies that feature band and orchestra instrument demonstrations followed by noisy and chaotic instrument fittings. Instrument demonstrations and fittings are exciting for everyone involved, but it can also be a source of frustration because there is a lot of pressure to help students pick the right instrument for them–one that could potentially shape their career and enrich their lives. Anything less could damage a student’s experience in music. Students who have a positive and meaningful experience in school band become life-long music makers and supporters of the arts, but the opposite is equally true and equally damaging to the future of classical music in the 21st century.

Participating in band instrument demonstrations and fittings in the Cincinnati-Dayton area in the last few years has given me a better perspective on starting students. I have seen band directors emphasize several key guidelines to help students pick an instrument:

The biggest issue facing a musician that is called on to demonstrate their instrument is highlighting the ways in which it is unique from the other instruments. It seems obvious to me, but I’ve been playing my instrument since I was 12. While I think that the double reed instruments are the best by far, that kind of presentation is misleading and ultimately detrimental to ensuring that students have positive and meaningful musical experiences.

Surprisingly, there are different schools of thought on demonstrations. Should professionals be hired? Should older students demonstrate for younger students? Should demonstrators play pop tunes, movie themes, or “classical” music? I advocate for using professional musicians who are also experienced in working with middle school students to demonstrate their instrument. That way, students can hear mature sound and technique through someone who is able to communicate with younger audiences. Technical jargon and long speeches about physics or mechanics are lost on 5th graders. If you use a lot of new terms or speak for too long, you will lose their attention span and any potential interest in your instrument. A fifth grade class doesn’t need to know what an embouchure is and how it works to understand how the double reed is different from the single reed or no reed at all.

What music should be played is a more controversial issue. While 99% of students will recognize pop tunes and movie themes, that is sort of a misrepresentation of what their school music careers will look like. More students will play twinkle twinkle little star than Adele, so playing the latest hit song on any single instrument seems like bait and switch to me. Yes, they will be captivated, and yes, they will remember you, but it taints their concept of what instrument they like going into the fittings.

The music should be memorable and it should either be singable or exciting. If each instrument is only allowed three selections, then they should be three things that show different extremes of what the instrument can do. As an oboist, I usually play the Snake Charmer to create a personal connection between the students and the oboe. Not all students can name the tune, but it is something that they have heard before that is commonly associated with the oboe. Then I pick two contrasting selections: a lyrical melody and a technical selection. This year, I picked the solo from Bach’s Ich habe genug for the lyrical and the C minor Ferling etude (no. 28) for the technical selection. Both show off what the oboe is known for, both are pieces that students could play before their school music career ends, and both create a distinct impression.

Young minds deserve the best possible material to absorb. A demonstration could be their first and last experience with your instrument, so make sure that it is accurate, authentic, and has integrity. Think about what ideas should be communicated verbally and how to transition from one selection to the next because the verbal communication is just as important as the musical communication.

Stay tuned for part 2 on conducting instrument fittings on the oboe.

When there are so many options for summer enrichment and education, why should students and parents consider the Queen City Double Reed Camp? 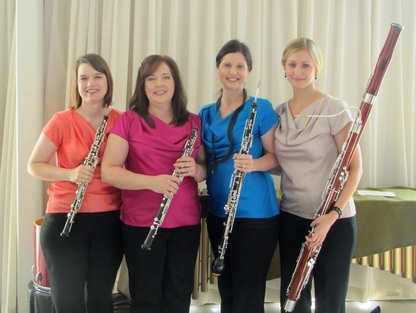 Queen City Double Reed Camp is a unique opportunity in the Midwest for double reed students to spend a whole week immersed in musically enriching and mentally engaging activities related specifically to their instrument. At the end of Queen City Double Reed Camp, our students return to their homes and school music programs with new friends, new mentors, new challenges, and a strong desire to make more music and to have more fun doing it. 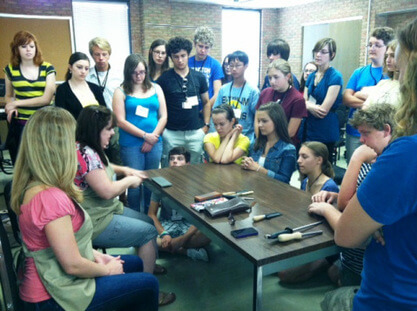 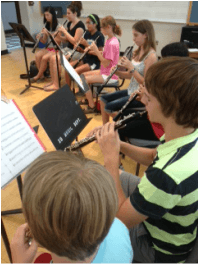 The 2014 Queen City Double Reed Camp will be July 21-25 on the campus of Cincinnati’s Xavier University. Please visit our camp website for more information about our faculty and the registration process: http://www.queencitydoublereedcamp.com/ 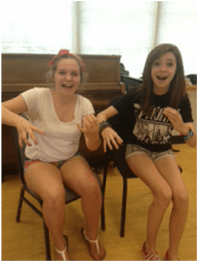 *Cost of attending a professional performance is included in the overnight camp tuition fee. Day campers are encouraged to participate, but there will be an extra cost to attend the scheduled performance.